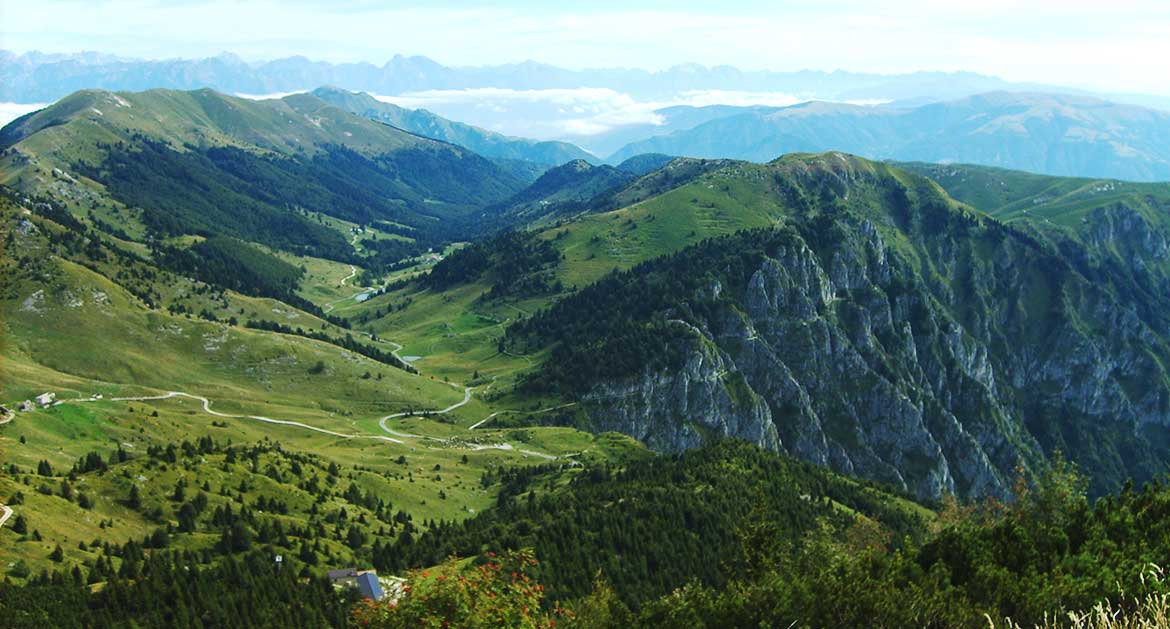 At 13 km (peak) from the Bed & Breakfast of Romano d’Ezzelino.

The highest peak of the massif bearing the same name in the Veneto Pre-Alps (1.775 m), its slopes reached the municipal territory of Romano d’Ezzelino. It is considered sacred to the homeland due to the numerous and important military events which took place during the First World War, on the Italian front. Beyond a majestic memorial monument, which gathers the remains of over twenty thousand Italian and Austro-Hungarian soldiers (Austrians, Hungarians, Moravians and Bohemians, Croatians and Bosnian), it accommodates a small museum of the conflict and a complex, that can be visited, of fortified tunnels.

Climbing it by bike is considered amongst the most beautiful and demanding in Europe, while in the municipality of Bosco del Grappa, enthusiastic about free flight, meet here from all over the world. Trekking, cross-country, Nordic Walking, downhill ski and free climbing in the gym of Valle Santa Felicita, complete and extraordinary offer of possible outdoor or sports activities.

Tasting the delicious cheeses made from the mill of the local pastures, such as morlacco and imbriago, is a must.