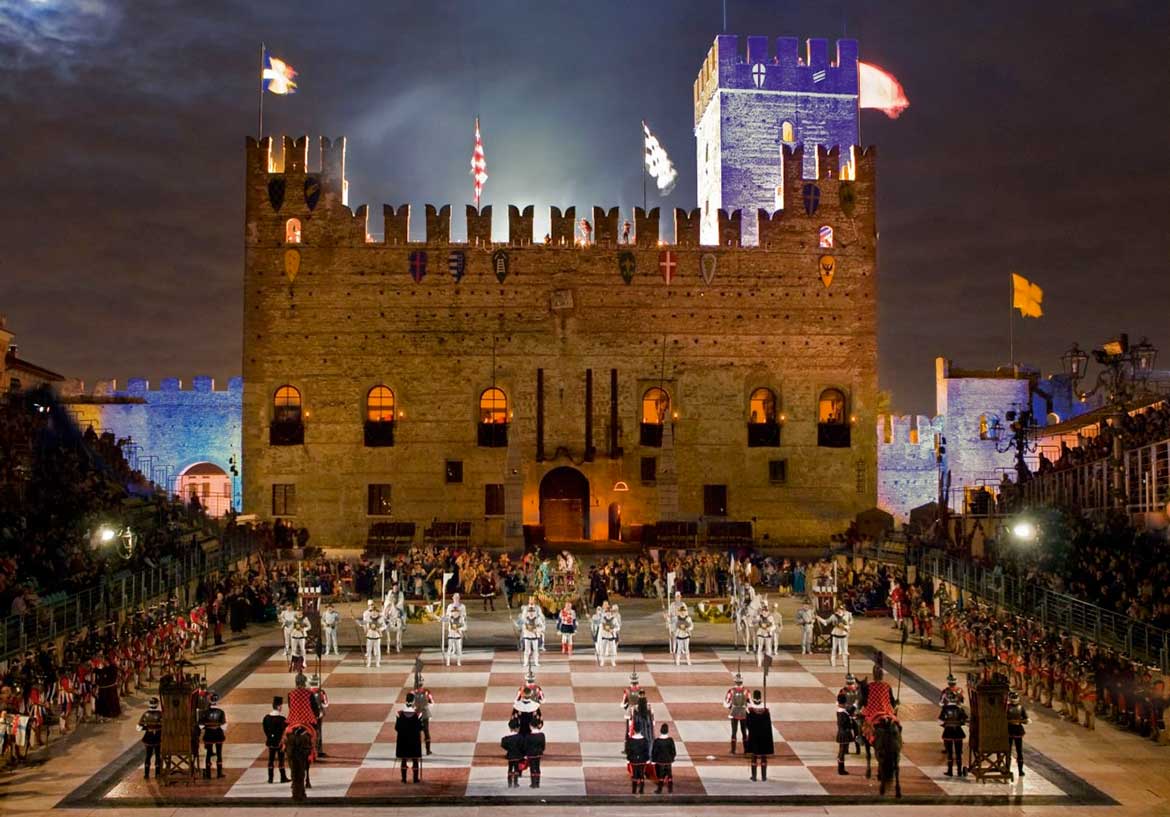 Distinguished by the two medieval city walls of Scaliger epoch, the Castello Superiore and the Castello Inferiore, Marostica is a lively town which holds two treasures. The Chess Game played on the square with live people, every two years on the first weekend of September, in remembrance of a historic episode, and the Sweet Cherry of Marostica PGI from its enchanting hills.

Nove, on the Brenta river, is the capital of the Venetian artistic ceramic, renowned in all of Europe from the XVII century for the presence of the pottery family Antonibon. It is the location of the porcelain museum and dozens of factories and workshops, which carry forward the century old traditions.